Ever since I made these steamed artichokes with a cumin lime mayo I can't get enough of artichokes. This time around I decided to go a bit healthier and skip a dipping sauce. I wanted the herbs to bring the flavor to these artichokes, and they did. You could really taste the rosemary.

In the end, I preferred the other artichoke dish more. But I did learn 2 new things this time around.
1.) If you boil the artichokes, it cuts the cooking time in half! It took only 15 mins to cook these artichokes.
2.) Remove the choke after the artichoke is cooked. It will be much simpler and cleaner. I removed the choke while I was trimming the artichoke, and it was so hard! And the little hairs just kept going everywhere. Never again. So remember, remove the choke from a cooked artichoke! You've been warned...

Add water to a large stockpot and bring to a gentle boil. Add the trimmed artichoke and cook for 15 mins. Remove the cooked artichoke and drain cut side down in a colander. In a baking dish, add the drained artichoke. Season it with the Rosemary, thyme, garlic powder, Worcestershire sauce, olive oil, and Parmesan. make sure you get in between the leaves as well. Broil in the oven for about 5-10 mins. (Or grill it, which is what I wanted to do but due to unforeseen weather I had to go to Plan B.)
Posted by Kim at 10:14 AM No comments:

What do you do when your thyme garden has been growing like crazy? Cut a huge handful and add it to this buttermilk bath for some fried chicken. That's what I did. And it was delicious! I was amazed when I took a bite of this chicken. Not only was it juicy, but the thyme really came out. It was the first flavor I tasted, making these fried chicken taste so fresh and earthy. Then you get the smokiness from the paprika.We were thinking we could experiment with other herbs, like rosemary, next time.

Prepare the flour dredge by combining all the dredge ingredients in a large ziploc bag.

Add about an inch of canola oil and the vegetable shortening to a deep cast iron skillet. Heat over medium heat until a deep-fry thermometer registers 350 degrees F.

Remove the chicken pieces from the buttermilk mixture, letting the excess drip off. Transfer to the bag of seasoned flour, seal and shake to thoroughly coat. Remove from the bag and shake off any excess flour. Carefully lower the coated chicken into the oil. (Don't crowd your pan. I fried in small batches of 2-3 pieces of chicken at a time.) The temperature will drop, adjust the heat accordingly to keep the heat around 300-325 degrees F. After a few minutes, you can turn the chicken over. (You want to let it sit in oil undisturbed at first so the coating can set.) Fry a total of about 14-16 mins for thighs, and 12-14 mins for legs, turning as needed. Transfer the fried chicken onto a wire rack set over a baking sheet so it can drain, sprinkle with salt and let rest for a few minutes. Repeat with the remaining chicken.
Posted by Kim at 9:56 AM No comments:

Artichokes always seem so intimidating in the grocery aisle. How do you cook it or even eat the non-canned kind? It's been on my list of things to learn and with artichokes in season I finally decided to give it a try. And it's actually a lot easier than I thought!

You first need to trim the artichoke. Cut off the top of the artichoke with a serrated knife (about an inch off the top). Then peel off the 2 bottom layers of leaves around the stem. Next, take a pair of scissors and cut of the spiny tip on the remaining leaves (about 1/4-1/2 an inch off the leave's tips). Then, using a vegetable peeler, peel the outer layer of the stem. There, now you have a trimmed artichoke! If you have more artichokes to work on trimming, keep the already trimmed artichoke in cold water with the juice of a lemon, until ready to cook.

For my first artichoke dish, I kept it simple by steaming the artichoke. In a stockpot, I simmered a couple of inches of water. Then placed a steamer basket on top. Place the trimmed artichokes in the steamer basket and cover with a lid. Cook over medium heat for 45 mins. You can stick a knife in the center and if it comes out clean it's done cooking. I made a cumin lime mayo for dipping. Mix 1/2 c mayo, 1 minced garlic clove, 1 tsp cumin, 1/2 tsp Worcestershire sauce, the juice of 1/2 a lime, and some salt and pepper to taste. Keep it in the fridge until ready to serve.

To eat the artichoke, pull off the outer leaves and scrape off the meat with your teeth. When you get to the center, that's the artichoke heart. There's a spiny, inedible "choke" in the center of the heart. Use a small spoon to remove the choke. (The choke is the very hairy thing if you're still unsure.) With the remaining artichoke heart, just chop it up and eat it. If the stem is intact you can eat that as well. Basically everything in the artichoke is edible except the spiny choke. Really, easier to prepare and eat than it looks!

Simmer a couple of inches of water in a large stockpot, over medium heat. Place a steamer basket on top. (You don't want the bottom of the steamer basket touching the water.) Place the trimmed artichokes in the steamer basket, cover with a lid. Cook for 45 mins. While the artichokes are cooking, prepare the cumin lime mayo. Mix the mayo, garlic, cumin, Worcestershire sauce, lime juice, salt and pepper together and keep in the fridge until ready to serve. When the artichokes are ready for eating, serve with the cumin lime mayo as the dipping sauce. 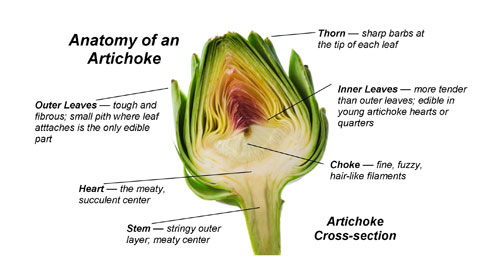 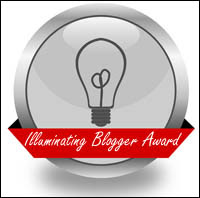